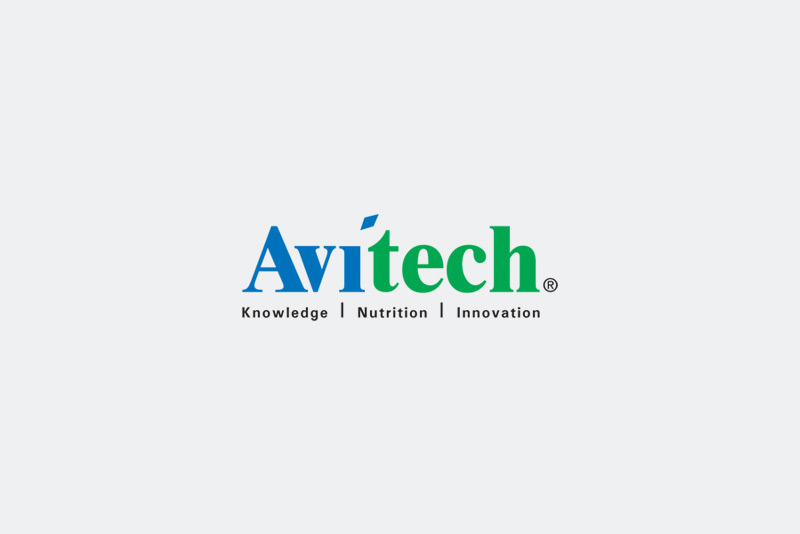 In last 45 years, poultry production has undergone a substantial increase compared to other animal food-producing industries. Improvements in housing, genetic selection for growth, and advances in feed formulation and innovative feed additives have resulted in higher meat yield, improved feed conversion and lower mortality rates. As growth rate and feed conversion ratio improve, the birds’ nutrition and health care are becoming more demanding. The nutritional and health status of poultry are interlinked with enteric health which includes a desired microbial balance, i.e. eubiosis.

Antibiotics in feed, commonly called antibiotic growth promoter (AGP), have been used as an effective tool to improve animal performance, by suppressing the pathogens in the digestive tract. Recently, usage of AGPs has come under increasing scrutiny by government regulators, scientists and consumers because of the emergence of antibiotic-resistant superbugs. Growing public health concern over the use of in-feed antibiotics and the emergence of antibiotic-resistant bacteria has led many countries to ban the use of dietary antimicrobials. Europe and some countries has completely banned the usage of AGPs and many other countries are discouraging its usage. It is almost certain that there will be a worldwide ban on AGP usage due to rising public health issues.

Essential oils are a mixture of oily aromatic compounds obtained from different plant materials like flowers, buds, seeds, leaves, twigs, bark, herbs, wood, fruits and roots. Essential oils isolated from widely used spices and their plant sources contain compounds known for their antimicrobial activity (Dorman and Deans 2000). Oils containing specific phenols are generally the most effective for antimicrobial application, including those from clove, oregano, and thyme (Deans and others 1995; Holley and Patel 2005; Pyrgotou and others 2010). Many of these oils are most effective against Grampositive organisms, though some are more antagonistic towards Gram-negative species. (Ouattara and others 1997; Skandamis and others 2002; Holley and Patel 2005)

It is commonly believed that the antibacterial activity of phenolic compounds within essential oils, viz. carvacrol, thymol and eugenol, is attributed to the hydroxyl group present in their structures. Lipid solubility of these phenolics allows interaction between the antimicrobial and the fatty acid dense microbial cell membrane (Blaszyk and Holley 1998; Helander and others 1998).

Theories describing the antimicrobial mechanism of phenolic compounds are abound as the pathway of action tends to vary by essential oil or microorganism. It is widely held that Gram-positive bacteria, like Clostridium, experience greater sensitivity to the antimicrobial action of phenolic aromatic compounds than Gram-negative species. Gram-positive lactic acid bacteria are a notable exception.

The crop harbors a large population of lactobacilli. These bacteria ferment the feed and produce lactic acid which reduces the pH of the crop environment. The conditions within the proventriculus are highly acidic, creating an environment, which is unsuitable for most bacteria. The gizzard also has an acidic environment but has a substantial population of lactobacilli, which originates mainly from the crop. The bacterial population of the small intestine is made up of mainly lactobacilli although Enterococci, E. coli, Eubacteria, Clostridia, Propionibacteria and Fusobacteria can sometimes be found. Lactic acid, an end product of Lactobacillus induced fermentation of feed, reduces the pH of the gut and thereby inhibits the growth of enteropathogens. That is why Lactobacillus has a positive association with animal health.

Lactic acid producing bacteria(LAB) are understood to be more resistant to the cytotoxic effects of phenolic aromatic compounds. Rodríguez and others (2009) suggest one likely reason for LAB resistance to phenolicsis because LAB are present and grow on phenol containing plants, and therefore have adapted in order to successfully colonize such antagonistic substrates.

Gram-negative bacteria may attribute their increased resistance to the lipopolysaccharide (LPS) rich outer membrane (Nikaido 1994). Although the cytoplasmic membrane is thought by some to be the site of the vast majority of antimicrobial action, Gram-negative bacteria are not immune to the effects of phenolic aromatic compounds, despite their additional outer membrane. One study reported dissolution of cellular membranes of both Escherichia coli and Salmonella Typhimurium after treatment with either thymol or carvacrol (Helander and others 1998; Holley and Patel 2005).

In both Gram-positive and Gram-negative species, the most readily accepted theory describing cellular death is that it occurs after structural integrity of the cellular membrane is compromised, at which point membrane permeability loses much of its discriminatory nature (Holley and Patel 2005). Carvacrol and thymol share similar structures and are believed to have very similar modes of action. Both phenolic terpenoids are believed to interfere with proteins that comprise the membrane as well as protein targets within the cell (Ultee and others 2002; Hyldgaard and others 2012). The most obvious consequence of thymol or carvacrol induced membrane damage is the efflux of cellular components. Loss of cellular content is generally preceded by a loss of potassium ions through the membrane (Holley and Patel 2005).Eugenol is believed to have similar bactericidal activity to thymol and carvacrol, incorporating into the cellular membrane and altering surface and structural proteins.

Aviance – A tested and trusted solution across the globe

Various studies and trials done in several countries have validated the performance of Aviance. These tests meet the Techna Group’s insistence that the product gives an ideal response in any production situation with all types of strains; different nutritional choices and various profiles of raw materials, climates and a variety of rearing conditions. Multi-centric encapsulation ensures slow and effective delivery of its active components to the enteric system. Thermo-stability studies on the product have proven that the active ingredient retention is very high even after passing through pelleting conditions. Aviance provides a safe and secure option to antibiotic growth promoters.